We have agreed with data that positions Nottingham as one of the top 10 most attractive UK cities to buy a new-build home.

Unlatch sourced data from the major property portals in December 2021 to determine where the greatest demand for new-build properties lay.

Nottingham appears at number seven on the list, with 36% of new-build homes already sold or under offer, beating places like Newcastle (15%), Birmingham (15%) and Liverpool (14%). The top-listed city, Plymouth, showed greatest demand with 68%, while Aberdeen ranked lowest with a new-build demand of just 2%.

Peter James Homes believes the increasing utilisation of the waterfront along Nottingham’s River Trent for new property developments was a significant reason for buyers being attracted to the city.

We have already seen significant pre-sales of apartments in its Riverside project in West Bridgford, where the first units will be available for moving into in early summer.

MaryClaire Morgan, sales manager at Peter James Homes, said: “Nottingham has so much to offer, from culture, restaurants and universities to road, rail and airport access.

“But the city’s vision in taking advantage of the beautiful views along the River Trent, maximising the waterfront setting for residents in a way that other cities don’t always do, is possibly the real secret behind these latest figures.”

He said: “As an agency FHP Living has experienced high demand in Nottingham for many years now and in particular the last couple of years, whether is it down to a great location, equidistant geographically with easy train and car access to London, Manchester and other popular cities, the wealth of local attractions of great landmarks, nature, shopping and sporting venues such as Trent Bridge Cricket, Nottingham Rugby and two world renown football teams or the high retention of students from its two great universities.

West Bridgford has become one of the most popular places to live, just over the river from the city, Bridgford boasts some of the best schooling in the country, great local shopping, cafes and restaurants available along central avenue which is adjacent to a delightful park and multi million pound library. It is clear why it has become a firm favourite with families, young professionals and downsizers alike.

“The current housing market remains vibrant here with on average 10 buyers for each resale property that is marketed with prices rising 10-15% over the last year. The river front is now becoming an established place to live, with many benefits and well-being factors being accredited to a healthy lifestyle and gentle way of life. 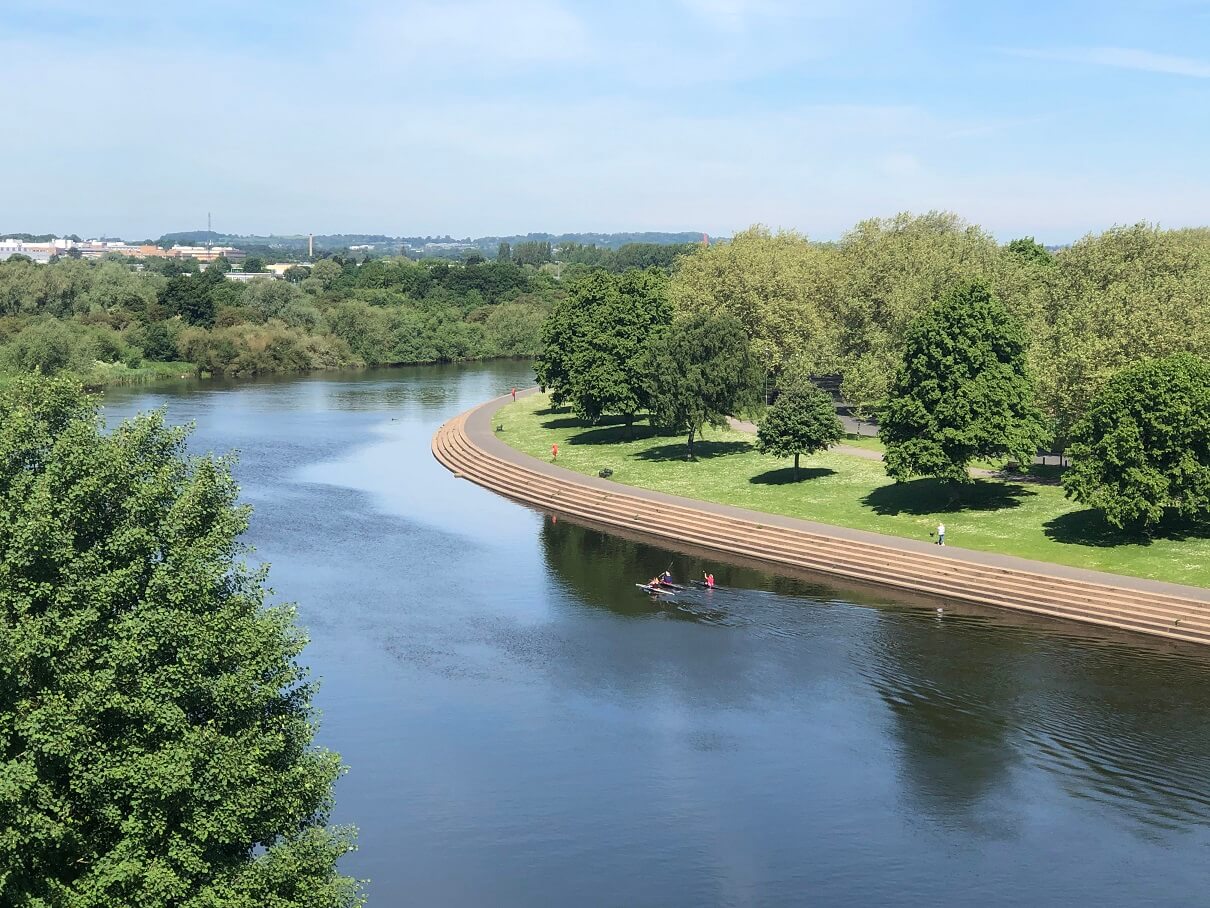