A Nottingham property developer is set to invest £25Million in a major new housing development, just four miles from its own headquarters in Chilwell.
Peter James Homes has submitted phase one plans to Broxtowe Borough Council for the site near the Hemlock Stone in Bramcote on Coventry Lane near Nottingham. Designed to provide 178 new houses in a variety of sizes, styles and pricing brackets, it is set to be one of the company’s most important ever projects.
Simon Gardiner, managing director of Peter James Homes, said: “The Bramcote development is a very rural greenfield site in a lovely setting. It’s part sheltered by mature trees and, with a buffer strip around the periphery, it’s quite isolated from other dwellings so it feels very private and self-contained.”
According to Simon, its proximity to Nottingham is also likely to make it particularly appealing. He said: “Despite feeling independent from everything, it’s close to everything too. You have the easiest possible access to the local countryside, as well as to Nottingham city centre and to the local amenities and attractions that we at Peter James Homes know so well.” 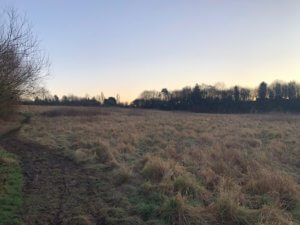 After eight years of preparatory work to achieve the award of residential allocation for the land, the 178-house development represents the largest project Peter James Homes has ever undertaken and Simon is keen for it to provide tangible benefits for Nottingham locals, as well as for homebuyers.
He said: “The Phase One plan has been created in close collaboration with the council in order to make sure it meets the growing need for new homes in the local region without disrupting the loveliness of the local landscapes.
“We’re looking to achieve that by using local people and local subcontractors, so in terms of its location, its planning, its construction and its benefits, it really is a Nottingham development for Nottingham people.”
While a lot of recent developments in and around Nottingham have tended to prioritise three and four-bedroom homes, the sloping L-shaped site at Bramcote will incorporate plenty of two and three-bedroom houses. It will also use a slightly more traditional brick and render approach than Peter James Homes is generally known for, helping it blend sympathetically with the rural feel of the site.
Simon added: “The beauty of the site, the appeal of Bramcote and the proximity to Nottingham will obviously make these houses really appealing to families and professionals. But by incorporating a good range of smaller, more affordable houses that dip beneath the threshold for the Government’s Help-to-Buy scheme, our Bramcote site will win even greater interest from homebuyers right across the spectrum.”
Established in 2012, Peter James Homes has built its reputation on the basis of flexible, durable, long-lasting homes that work within their surroundings and meet the needs of modern day living.
If all goes to plan, the first of the new homes is expected to be available to buy between December 2021 and January 2022.
For more information, visit www.peterjameshomes.co.uk
Back to news >

Get in touch >
We use cookies to ensure that we give you the best experience on our website. If you continue to use this site we will assume that you are happy with it.OkPrivacy policy